© Copyright 2022 Bicentennial Branch of the UELAC. All Rights Reserved.

About The Bicentennial Branch

The Bicentennial Branch is the meeting place of the descendants of those families who relocated to Essex-Kent Counties of Southwestern Ontario or the adjacent United States as a result of their loyalty of the British Crown during the American Revolutionary War (1775-1783). The branch also has members who are proven descendants of other Loyalists that settled in the Niagara area, Quebec, New Brunswick and Nova Scotia. Largely due to the efforts of Kingsville resident Jean Arner Walton UE, the Bicentennial Branch of the United Empire Loyalists’ Association of Canada (UELAC) was founded in 1984 – the 200th anniversary of the arrival of the first UEL settlers to Upper Canada.  This branch, which serves all of Essex County, is one of 29 in Canada.  The first executive consisted of Sharon Kominar UE, President; Jean Walton UE, Secretary; Gwendolyn Malkin UE, Treasurer; and Marie Gordon UE, Genealogist. The organization promotes good citizenship, pride in the diverse origins and an understanding of the impact which the UELs had in settling Canada.

Jean Rae Baxter has been featured in the April issue of The Artisanal Writer.  You can read the interview until April 30th.

You can purchase Jean’s book at Amazon.ca, Amazon.com, or Chapters.Indigo.

Register in advance for this meeting: 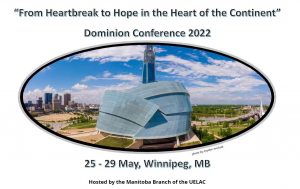 Are you a descendant of a United Empire Loyalist?

Descendants of UEL’s are from the most diverse backgrounds!  Estimates indicate one in six Canadians have a Loyalist ancestor.