At the time of the American Revolution 1775-1783, many  inhabitants of the thirteen colonies were loyal to the King, George III, and took up arms on Britain’s behalf. During and at the conclusion of the War, most of these “loyalists” were forced to leave. Of these, some 40,000 or more came to what is now Canada, and over the following years, greatly influenced the character of much of our country. 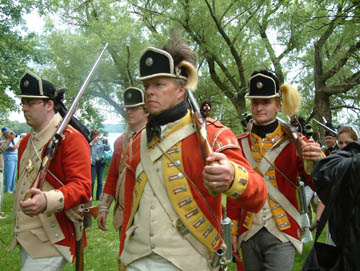 In 1784, many Loyalists settled along the St. Lawrence River and the north shore of Lake Ontario, from Prince Edward County to near Montreal. Kingston was one of the main settlements in that line of new settlement.

Kingston Branch (officially, “Kingston and District Branch”) is one of twenty-seven branches across Canada, from Halifax to Victoria.

Some people wonder “why the Loyalists matter”. One response to that question can be read here.